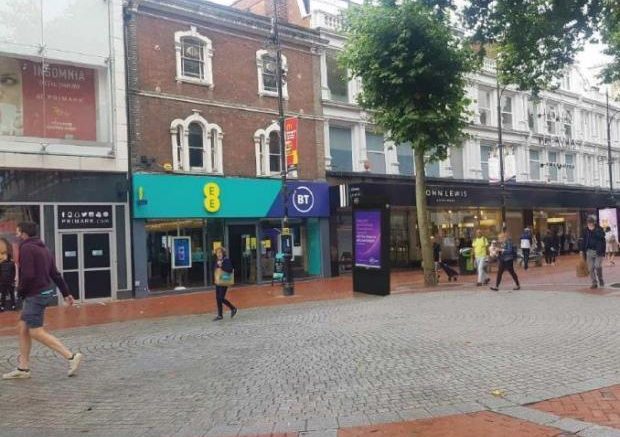 A total of seven phone boxes will be replaced with the Smart Hubs by BT, which were described as looking like monoliths.

The BT hubs provide free calls and charging, public Wifi, 5G and a tablet for communication.

The hubs will replace four phone boxes in Broad Street, and one each in West Street, St Mary’s Butts and Friar Street.

However, there were concerns that glare from the screens could hamper CCTV images Thames Valley Police use to identify offenders.

Councillor Karen Rowland (Labour, Abbey) said: “Me and cllr Tony Page (Labour, Abbey) have gone on operations with police, and we have seen glares from advertising that have caused problems in recognition.”

A BT Smart Hub that will be replacing the phone box in Friar Street, Reading town centre. Credit: Mono#

Officers agreed to adjust conditions to make sure BT reduces the amount of glare from the screens during the night.

Cllr Williams asked: “Where on these monoliths is the bit you interact with?

“I think there will be phone and a digital screen on the side. Is that placed at a height that is suitable for wheelchair users?”

A council officer reassured him that interactive parts of the hub would be at waist level.