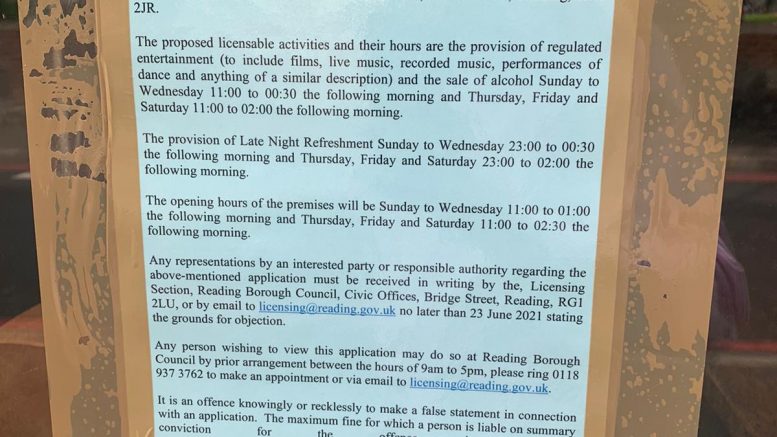 A cocktail venue is set to take over Smash at 5-6 Gun Street, if it manages to secure a licence from the council.

London Cocktail Club has applied to Reading Borough Council (RBC) for a licence at the venue on Gun Street, with Smash confirming it has now permanently closed.

Anne Ackroyd, CEO of The Brighton Pier Group PLC, which owns Smash through its Eclectic Bars subsidiary said: “The closure of Smash is part of our rationalisation plan for the company’s bars division and, whilst the pandemic has been a factor, we are focusing on our core estate of premium bars all of which we are confident will return stronger than ever before.

“We retain the Smash brand of which we are very proud and, should opportunities arise in the future for it, we will look at them.

“Meanwhile, we are, along with all other operators, eagerly awaiting the Government’s final decision on reopening on June 21 so that an industry that has suffered so much can start to rebuild.”

The ping pong bar and pizzeria secured a new licence in November 2018, despite failing three inspections in a row, which allowed to it to split bar Smash and club Coalition into separate licences.

RBC granted permission for the split licence but imposed reduced hours and other conditions.

Owner Eclectic Bars group said at the time £300,000 would be invested into the bar on 5 Gun Street but has now decided to close shop.

The former Coalition and Sakura nightclub has since been taken over by new bar and club Gun Street Garden.

What is London Cocktail Club?

London Cocktail Club launched in 2008 “with the intention of creating a bartenders paradise”.

It describes itself as: “A bar that parties like the best of them, and mixes the world’s greatest drinks to perfection.

“A place where you can throw your hands in the air, whilst singing to ACDC, sipping on the perfect dry Martini.”

It has around a dozen locations in England currently, with one in Bristol and the rest in London.