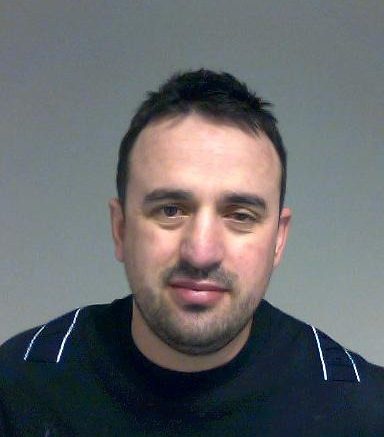 FOUR ‘dangerous’ gunmen have been jailed after a ‘terrifying’ attack in which the victim was shot at seven times.

Joseph Waters, aged 25, of Laytom Rise in Tilehurst, has been sent down for 24 years for attempted murder after the shocking attack that happened near Reading’s town centre.

Reading Crown Court heard how Waters and his three accomplices were involved in the violent firearms offence in Southampton Street on October 16, 2019.

A five-week trial heard how shortly after midnight one of the accomplices Sahit Shehu, 31, of Bunces Lane in Burghfield, was involved in a crash in Southampton Street.

Witnesses reported seeing him shift a handgun from his damaged vehicle into a BMW X5 which arrived to pick him up.

Inside the BMW X5 was another of the defendants Lee Peppiat, 36, of Corinne Close in Whitley, who took Shehu back to his home in Burghfield before then taking the hand gun to Laytom Rise – where Waters lives.

A jury heard how a few hours later about 3.30am, Water used the firearm shooting it seven times into the back of a Honda Jazz – intending to kill the 42-year-old victim sat inside.

Peppiat was at the scene as well as the four defendant Cleon Douglin, 37, of Coley Avenue in Reading.

The ‘flurry of gunshots’ hit the victim in the shoulder and he was rushed to hospital where he made a full recovery.

Reading Crown Court heard how after the attack gunman Waters got into a Ford Fiesta vehicle that had been hired by Douglin, and they both fled the scene. Peppiat left the scene in the BMW X5 vehicle that he used earlier on the same evening from Southampton Street.

The investigation also found that Douglin had deliberately left his mobile phone back at his home address, in an attempt to deceive officers into believing he was at home when the shooting happened.

Detective Sergeant Gareth Perry said: “Due to the evidence collected, we were able to show that Joseph Waters intended to kill the man who was sat in the Honda Jazz vehicle that night.

“He fired seven shots towards the rear of the car, in the early hours of the morning in a quiet cul-de sac in Reading, clearly showing absolutely no regards for the community in what must have been a terrifying thing to hear or witness.”

Thames Valley Police said officers also later uncovered a ‘significant quantity of drugs’ in a vehicle linked to Waters, and at a further address linked to the gunman.

ALSO READ: Five bars reopening in May (with new cocktails on offer!)

After the five-week trial, Waters, Douglin, Peppiatt, and Shehu were all convicted by a jury at Reading Crown Court on Monday, April 19.

At a hearing on Wednesday, April 28, three of the men [Waters, Douglin and Shehu] were jailed for a combined 43 years.

Both Douglin and Peppiat were found guilty of possession of a firearm with intent to endanger life, Douglin now facing 14 years in prison and Peppiat is due to be sentenced on May 6.

Shehu was convicted of possession of a firearm with intent to cause fear of violence and was sentenced to five years in prison.

Two other defendants that were also on trial, Joshua and Monique Sofroniou, were found not guilty of the charges they faced.

Detective Sergeant Gareth Perry added: “I’d like to thank and pay tribute to the local community for their patience and understanding when officers were investigating this incident. No one should have to experience this form of violence in their community.

“The lengthy sentences handed down in Reading Crown Court clearly demonstrates that neither the police or the courts will tolerate any kind of violent crime.

“The supply and distribution of drugs in our communities causes untold damage, and through our Stronghold campaign, Thames Valley Police will continue to work in partnership to tackle serious organised crime and stop those who seek to exploit vulnerable people for their own means.

“Thames Valley Police will not tolerate this form of criminality in our communities, and will always investigate offenders, and bring them to court to face justice.”