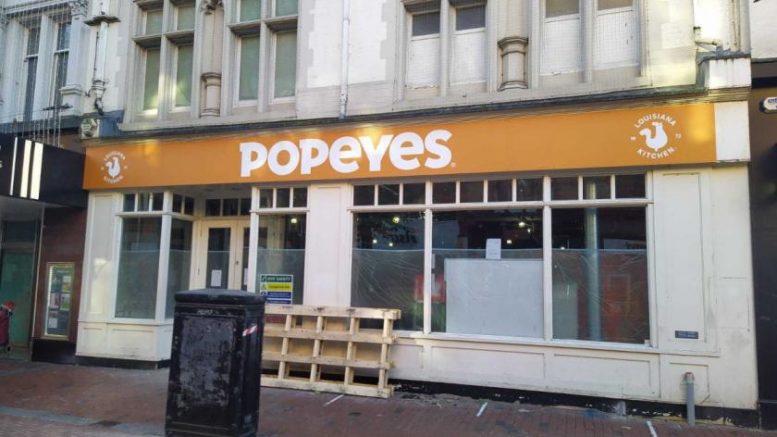 A famous American food chain will be opening up a restaurant in Reading soon.

Popeyes Louisiana kitchen will be making its way to Broad Street in the near future, as the chain’s standout orange branding has appeared in the town.

It will be located next to John Lewis, in the shop formerly occupied by the Gap clothing store, which closed down at the tail end of 2021.

Popeyes is known for its buttermilk fried chicken, which can be bought off the bone and breast, in sandwiches and wings.

The Popeyes ‘story’ began with founder Al Copeland in 1972 who’s fried chicken restaurant in New Orleans, Louisiana took off, soon spreading across the USA when it became franchised in 1976.

A number of Popeyes have opened in England since then, with more stores in London, Oxford, Brighton and other locations.

The company’s UK website states Popeyes will be ‘coming soon’ to Reading, with no date set.

The Local Democracy Reporting Service has asked the company for a ‘hoped-for’ opening date and how many jobs will be created in Reading.