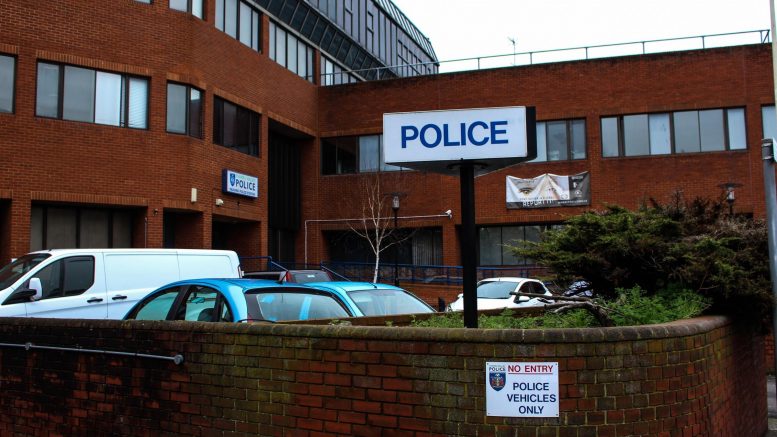 The council is pressing ahead with plans to regenerate Reading’s historic town centre despite failing in its bid to buy part of the site.

Plans to revamp the Minster Quarter, which includes the Magistrates’ Court, police station and Broad Street Mall, and build a mixed-used development including up to 1,100 homes, offices and public squares, have largely stalled since late 2018.

Reading Borough Council (RBC) had hoped to buy the Reading Town Police Station on Castle Street to help progress the regeneration project but has revealed the police turned down its offer earlier this year.

Councillor Tony Page, lead member for Planning at RBC, said: “We made what we regarded as a good offer for the police station, and they rejected it.”

The pandemic also delayed plans to drive forward the project by around a year.

But the council’s Policy committee will vote next week on plans to push forward with finding a partner to develop the council-owned parts of the site.

Councillor Tony Page, lead member for Planning at RBC said the council wants to use the land it owns as a “catalyst” for delivering on the town’s aspirations for the site as whole.

He said: “We are looking for a development partner for the area we own but it would not preclude a joint plan. We are looking to signal we want to move forward seriously.

“It is probably the single most important area for us to focus on with Station Hill having moved forward.”

The council in 2018 published a Minster Quarter development framework which roughly set out the way in which the site should be developed.

As well as homes, offices, shops and public squares, the redevelopment of the historic centre could include decking over the Inner Distribution Road (IDR) and the development framework also suggests Queen’s Walk could become “Reading’s answer to the New York High Line aerial park”.

Other ambitions for the site including a high amount of affordable housing, leisure and community facilities, an expanded Hosier Street market and tall buildings.

Following the council’s failed bid for the prison, TVP is now considering other bids having put the site back on the market, but any new owner would need to take into account the framework when developing the building.

Meanwhile, the owners of the Broad Street Mall are reportedly looking to either find a development partner for their planned expansion of the site or to sell the building.

A development of three 18-20 storey towers above the mall containing 368 flats was given planning permission last year.

READ MORE: Huge towers with hundreds of homes will be built on top of Broad Street Mall

However, Cllr Page said he thinks it is “almost certain” the Broad Street Mall proposal will be revisited, comparing it to the many applications for Station Hill.

He added: “The important message is that the council is looking forward to taking forward this serious initiative to get this area moving in terms of regeneration.

“Hopefully, we can bring the interests together to develop something that is a major improvement for that important area.”

At next Monday’s meeting, councillors will be asked to approve plans to recruit an external professional advisory team to push ahead with finding a development partner for the site.