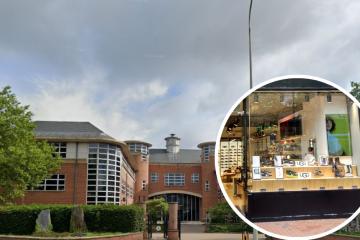 Plans for dozens of new flats in Reading have been shot down this week.

The biggest plan, to add 72 apartments to the old Three mobile offices near the town centre, has been rejected by the council’s planning department.

The council has also refused a legal certificate to establish the use of a basement at an old restaurant as apartments.

And in the town centre, a UK shoe chain has applied for advertising consent following its recent opening.

You can view each plan by typing in their references in brackets into Reading Borough Council’s planning portal.

Back in September, Kings Oak Miami LLP, the owners of Great Brigham’s Mead in Vastern Road, applied to add 72 apartments to the building.

The owners already have consent to convert the building into 110 apartments, but they were hoping to add floors to the building which would bring the total number of apartments to  182.

However, the council’s planning department has rejected the plan.

What the two floor extension to Great Brighams Mead could look like with the clocktower retained. Credit: Peek Architecture and Design

The reasons for refusal state the additional storeys would be ‘bulky’ and ‘dominant’ producing an “incongruous and boxy addition” to the existing building.

Kings Oak Miami had hope the additions would constitute permitted development, but this suggestion was rejected by the council.

Sole Trader has returned to Reading after a brief absence.

Its previous store in The Oracle closed down in mid July, but now Sole Trader has opened in 89 Broad Street, the previous home of Accessorize.

The store opened on Saturday, November 26, and has applied for advertising consent.

Permission for the advertising has not been granted yet, but Sole Trader has opened anyway.

Here, Bharminder Bhathal had attempted to get a legal certificate to confirm the use of the basement of the old Sardar Palace at 149 London Road as six apartments.

However, the certificate was refused by the planning department as Mr Bhathal failed to provide enough evidence establishing the basement’s use as six apartments in the application.

The building used to serve as an Indian restaurant into closed in 2010 and floors were converted into flats.

Big changes are planned to a home in the university area of Reading.

Nils and Lauren Woxholt have applied to for works to 1 Junction Road which involve demolishing an existing conservatory, changing the interior and windows and building and loft conversion with flat roofed dormer windows.