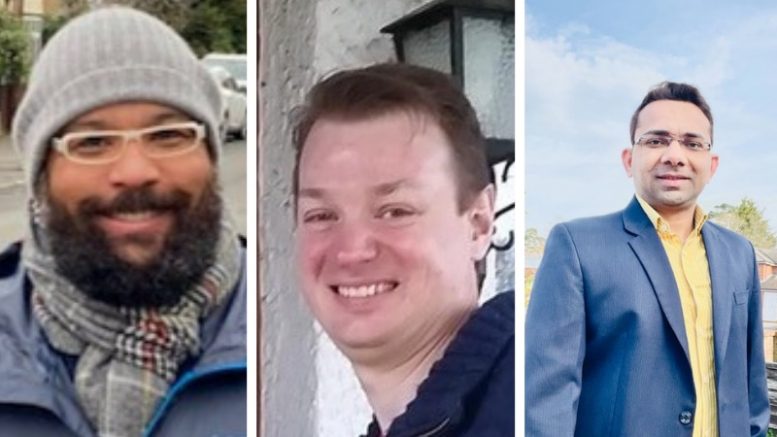 The Labour party has attacked opposition parties for fielding candidates that do not live in Reading Borough ahead of the all council elections this year.

The entirety of the council will be voted in next week, with 48 seats up for grabs and a huge 142 candidates standing.

However, not all of the candidates actually live in Reading Borough.

Of the 48 Conservative candidates, three of them live elsewhere.

Councillor Jason Brock, the Labour leader of the council candidate for Southcote said: “Labour is the only party to have local Reading residents standing in every contest.

“The Tories are having to drag in candidates from Oxford and Wokingham, while the Greens and Lib Dems simply can’t find enough candidates. It seems that the Greens have struggled to find people to even subscribe the nomination papers, as two of their candidates have had to propose themselves.”

The attack on the opposition by Cllr Brock was made when he announced the slate of Labour candidates. You can read his statement in full here:

Cllr Clarence Mitchell, leader of the Reading Borough Conservatives, has hit back.

Cllr Mitchell, standing in Emmer Green, said: “Labour are clearly rattled by the strength and diversity of our candidates and have only succeeded in making themselves look pretty desperate.

“We are fielding a full slate of the strongest possible candidates entirely in the interests of Reading; every one of them is absolutely qualified to stand up for, and utterly committed to, the future prosperity and well-being of our town.

“All of our candidates will be putting Reading first in all they say and do.

“Reading East Conservative Association also takes in three Wokingham Borough wards so we have potential local candidates to choose from there as well, as long as they qualify to stand within the borough council area, which all of ours do.

“So this attempted smear just demonstrates that Labour are not only incapable of looking at a map, but that they are, once again, prepared to stoop to the same old cliched political attacks; tactics that voters see through instantly and are frankly not worthy of a once proud Labour Party.”

You can read his statement in full here:

All 20 Liberal Democrat candidates have addresses in the borough.

Cllr Meri O’Connell, leader of the Reading Lib Dems and candidate for Tilehurst, said: “Unlike Westminster candidates, candidates for local elections must prove a link to the Borough, whether it’s from living here, working here, or owning property here.

“The Reading Lib Dems always try to put up candidates who live in the area, because we believe that people who are embedded in their communities have a better understanding of the needs and worries of the areas they are representing, and we’re proud to have ensured that everyone in Reading can vote for a local Lib Dem this year.

“I am grateful to all candidates from all parties for putting themselves forwards for election, especially in the current climate where being a politician is something of a dirty profession because of what’s happening in Westminster. I am therefore not surprised if the Conservatives are finding it particularly hard to find candidates who are willing to defend Boris Johnson.”

You can read her statement in full here:

The Local Democracy Reporting Service has given the Reading Green Party repeated opportunities to respond but has received no reply so far.