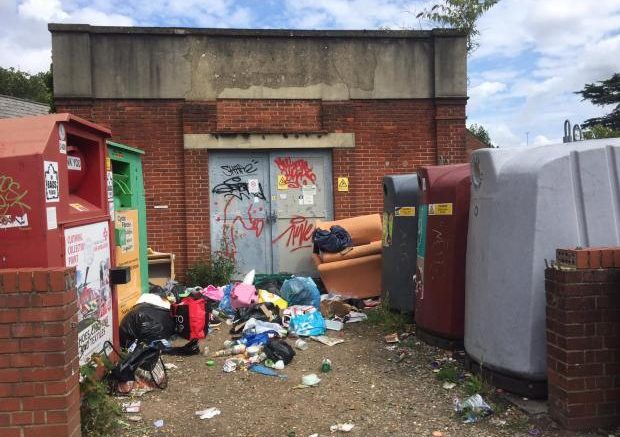 Councillors have pushed for kerbside glass recycling collections to be introduced in Reading.

The move would involve putting glass in recycling boxes for collection outside of homes.

Currently, glass can only be recycled at bottle banks at 51 sites across the borough or at the Household Waste Recycling Centre at Smallmead.

The push for kerbside glass recycling had been made by opposition councillors from the Conservatives and the Greens.

Councillor Raj Singh (Conservative, Kentwood) asked whether kerbside  glass collections could be introduced and how much it would cost at a full council meeting on Tuesday, March 22.

Councillor Adele Barnett-Ward (Labour, Caversham) lead member for neighbourhoods and communities, replied that kerbside glass collection service could only be undertaken once the council knows how such a service can be funded.

Changes to the funding of waste and recycling services were made in the  Environment Act 2021, but the exact nature of the changes have not been finalised.

Therefore, the council is waiting for more detailed legislation to be passed before work on a service can begin.

Cllr Barnett- Ward explained: “We are unable to do any detailed work on the introduction of a kerbside glass collection service until the Government release the secondary legislation details for the Environment Act 2021.

“It is impossible to project even an approximate cost of delivering a glass collection service until the Government release the detail that will be contained in that  secondary legislation.

“If cllr Singh has got any influence over his national party and could maybe hurry them up that would be fantastic.”

In the meantime, cllr Barnett- Ward said that the council is working with waste company re3, Wokingham Borough Council and Bracknell Forest Council to prepare for the possibility of kerbside glass collections once the secondary legislation is passed.

Re3 has recently mixed glass bottle banks, allowing glass of any colour to be put in them, rather than the segregated clear, brown and green glass bins in place previously.

A particularly poor incident of flytipping occurred at a bottle bank in Erleigh Road last August.

In order to address the issue, the council has begun investing in CCTV cameras to monitor flytipping incidents, with three sets of CCTV cameras currently being used to monitor bottle banks in Howard Street, Kensington Road and Amity Road.

Cllr Barnett- Ward said: “If cllr Singh has got a location that he would like considered for CCTV cameras I would welcome that suggestion.”

Residents are encouraged to report flytipping on the Love Clean Reading app: https://loveclean.reading.gov.uk/reports

The issue of kerbside glass recyling was also raised at the full council meeting on February 23 by cllr Rob White (Green, Park).