There is a variety of restaurants in Henley-On-Thames to suit all tastes and budgets. Whether you're after some hearty pub grub, a fine dining experience or something from far flung nations of the world, you certainly won't have to look far.

The Square is a traditional Portuguese restaurant which adds a taste of the Algarve to the market town of Henley-on-Thames. The wide variety of spices we use are influenced by Portugal’s former colonies, including piri-piri (hence chicken piri-piri), black pepper, cinnamon, vanilla and saffron. Olive oil, garlic, coriander and parsley are some of the many simple ingredients that we use to flavour our meals. 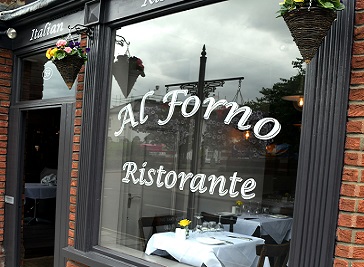 We are a small family run restaurant in Henley on Thames serving traditional Italian cuisine. The wood burning oven and open grill serve to provide the cooking facilities for many of our dishes including pizza, baked pasta and lasagne, grilled steaks, ribs of veal, butterfly tiger prawns, seabass and of course our speciality steak on the stone.